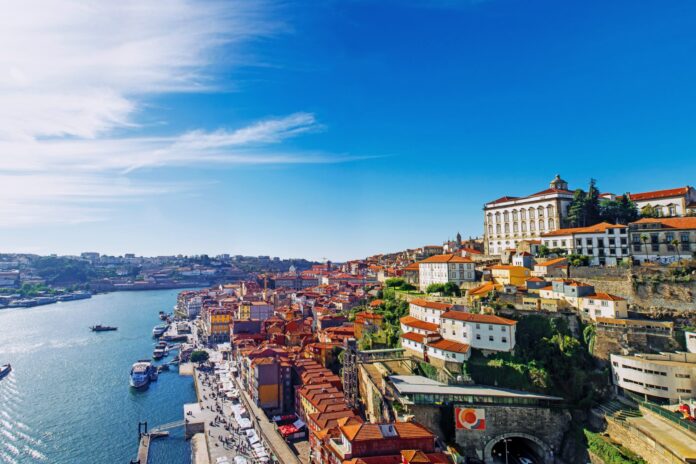 Decades ago, Portugal was regarded by its European neighbours as Spain’s dowdy sibling, but during the last ten years Portugal has become one of Europe’s property hot spots. This change in perception is in part down to the skilful way in which the Portuguese government has attracted foreign investment in Portuguese property, generating an impressive 5.5 billion euros in eight years, and partly to a dawning realisation of what the country has to offer.

There’s the climate for one thing, Lisbon and the Algarve enjoy around 300 days of sunshine a year. Then there’s Portugal’s fabulous 1000-mile coastline which encompasses some of the best surfing beaches in the world as well as the gorgeous sandy expanses of the Algarve, recently awarded the accolade, ‘best beach destination in the world’. Portugal is also ranked the third safest country in the world, has one of the lowest costs of living in Europe and has excellent health and education systems.

It’s hardly surprising that property prices in Lisbon and the Algarve have risen year on year but if you look beyond the well-trodden tourist routes in the south, there is still plenty of very attractive property to be had elsewhere in the country.

You can qualify for residency by investing as little as 280,000 euros

This applies if you buy real estate that is more than 30 years old in a low-density population area. You will subsequently be required to spend a minimum of 350,000 euros in renovation. Alternatively, you can invest in property in excess of 500,000 euros, anywhere in the country or you can establish a Portuguese based company which creates ten new full-time jobs.

If you spend more than 183 days a year in Portugal then you will become a Portuguese tax resident, but you can retain your residency permit by visiting the country for just seven days a year.

This is one of the fastest ways to obtain a passport in Europe. The Portuguese passport is ranked sixth in the world, above the U.K. passport, and gives the bearer visa free access to 188 countries.

The ‘Golden Visa’ scheme is changing

Since its introduction in 2012, almost 10,000 applicants and over 16,000 dependents have benefitted from Portugal’s Golden Visa scheme. The scheme allows you to live, work or study in Portugal and applies to your spouse, children and parents over the age of sixty-five. From January 2022, the scheme will no longer apply to Lisbon, the Algarve and Porto. The government intention is to redirect foreign investment to less densely populated areas of the country. Clearly, if you intend to invest in the Algarve or Porto, you will need to move fast in order to take advantage of the Golden Visa and this impending deadline is likely to generate a spike in prices.

Textured Wall Treatments That Are Surprisingly Easy To Pull Off

10 Color Option that will Give Your Room a Larger Look

5 Reasons You Should Use Area Rugs in Your Home