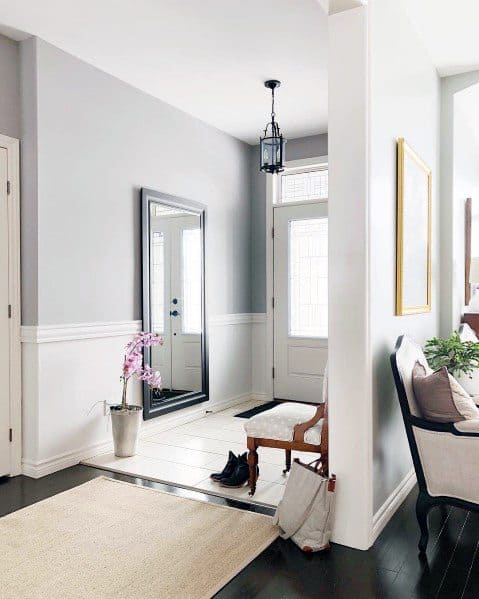 Dado rails have a reputation for being found in older, more traditional homes and interiors. However, many home design lovers are purposing these decorative moldings from their original functional uses. Decorative moldings may look out of place and date in a modern interior, so you may ask how to include them without having that effect. Dado rails can be incorporated into your home in various ways that put style before function.

The primed MDF dado rail are often positioned on the wall around one meter from the ground, though they can be lower or higher concerning the ceiling height. The pedestal of a classical order column, around one-fifth of the room’s height, was originally used to determine the height of the dado rail. On the theory that the dado height’s function is to shield the wall from chair backs, more recent tendencies have been to raise it. For this reason, dado rails are also frequently referred to as “chair rails.”

How to Install Dado Rails in Stairwells and Hallways?

In all of the downstairs reception areas, as well as all of the house’s halls and stairways, dado rails are frequently used. This is quite easy in ordinary rooms because the dado is installed around the room’s perimeter and only requires 45-degree miter cuts where two pieces of dado intersect.

Related:
How to choose the right personal loan for you

As in any other room, the dado must be cut at a 45-degree angle where it joins the next piece to accommodate 90-degree corners.However, this angle must be carved so that it rises parallel to the staircase. Taking your time and making these cuts as precisely as possible is worthwhile.

Even though there are several landings, stairs often ascend at the same angle from floor to floor, so if the initial cut is made correctly, you may use these parts as a template to produce all of your subsequent cuts.

It is worth restoring a dado rail if it is still in its original location and is in reasonable shape. Replace the dado rail at the same height if it has already been removed. To assess the original height of your plasterwork, look for lumps or previous repair holes.

Keeping the dado rail at a reasonable height will prevent the room from feeling off. Some carpenters will specify a height for the rail or suggest you add it one-third up the wall after dividing the wall’s height into three. Use your ceiling height to determine how the dado rail will fit proportionately into the space.

In non-traditional interiors without any connection to historical elements, primed MDF dado rail may also be added to a wall for the same protective function. This kind of utilization is typical in settings like retail malls and hospitals where walls experience heavy wear and tear. Today, the chair rail’s purpose is purely aesthetic—to provide interest in space—rather than practical. In addition to dividing the wall area, it also makes it simpler for you to experiment with pattern, texture, and color. It is time to try something new without hesitation.

How to arrange a dining table

Everything You Should Know About Removing Carpet Stains

5 Signs You Need An Electrician To Check Your Home Wiring