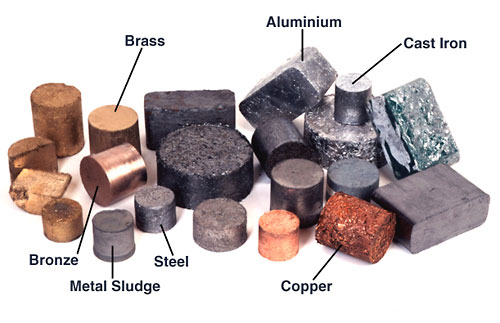 Metal is generally very strong which makes it a great addition to any home. In fact, some homes are now being built entirely from metal, helping them to withstand natural disasters.

Before we take a look t the most commonly used metals in domestic construction, it’s worth noting that using a reputable steel suppliers, Sydney or your local town, makes a lot of sense. If you’re purchasing specific metal for construction you want to know that you’re getting the right stuff.

Steel is a strong and heavy metal. It’s useful when making the structure of your home and for creating beams to support the weight of the roof or even tie the walls together, giving the overall structure strength.

However, steel is often hidden inside concrete to create a better appearance. This does mean that the steel can draw moisture from the concrete and, if the air is allowed into space, it can actually rust.

That’s why stainless steel is the preferred choice but this is more expensive to produce.

Stainless steel is also a common metal for accessories and decoration around the home, such as knife holders and other kitchen utensils.

Mild steel is also commonly used for screws and hinges, while alloy steel is used to create the tools that you work with.

This used to be the default option for window frames, it’s very light but still surprisingly strong. It does rust but is not easily susceptible to rusting. In fact, many aluminum items are actually a mixture of aluminum, copper, manganese, and magnesium.

Copper is still one of the most commonly used metals for plumbing pipes. It’s strong but soft enough to shape and conducts heat well, making it a good option for the hot water pipes.

It’s also a good decorative material as it tarnishes nicely over time.

This soft metal is extremely easy to work with and bend into a required shape, making it great for difficult corners and other areas of the home.

It’s commonly used as flashing to ensure rain doesn’t get in joints around windows and doors, especially around Veluxes on the roof.

It’s worth noting that lead was commonly used for this but it is poisonous to humans and you may find others remove the lead as it is a valuable metal.

If you want a good pair of gates then wrought iron is the way to go. It’s also good for fencing and a variety of other purposes around the home. It is heavy but is surprisingly easy to work with. It can be welded and soldered to create a unique and desirable look.

This was the metal of choice when homes used to have a fireplace. It’s perfect for withstanding high temperatures and protecting your home from the heat of the fire that is keeping you warm. Cast iron can also be used for gutters and downpipes but it is heavy and often brittle.

Wine Lover? How to Create a Home Vineyard

Storage Ideas: How To Live In A Small Apartment in Camden

7 Curb Appeal Ideas On A Budget

Is Hiring A Custom Walk-in Closet Designer Worth It?

The Room-Transforming Magic of Daybeds & Why You Must Have One

Wall Decor: Here are the Six Ideas for Homemakers

How to Tell If You Need Residential Roofing Replacement

5 tips to keep in mind while decorating your new house