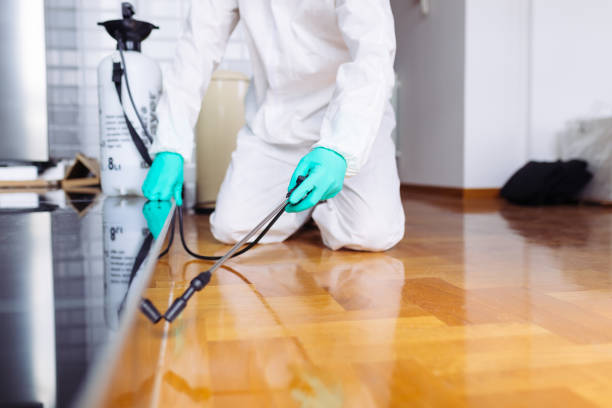 If you have just spent a few hundred dollars and invested in a pest control treatment for your home, it would be completely understandable to be worried about weather changes, such as the sudden onslaught of rain. The thought of the pesticide being washed away may have sent shivers down your spine. Because Australia is blessed with a climate that varies from region to region, the weather can either be your best friend or enemy.

Pest-Ex Pest Control Brisbane deals with inquiries like this on a daily basis because clients don’t want to see their money go down the drain. If you are wondering if the rain will affect the pesticide; if it’s okay to go ahead with a treatment in the rain; or if it’s right to cancel an appointment because of the weather, then continue reading for the best advice.

CAN A BIG DOWNPOUR OF RAIN AFFECT PEST CONTROL?

If you’ve just had the exterior of your house sprayed and it rains not long afterwards, possibilities are it won’t affect the treatment whatsoever. There are two main reasons for this –

SHOULD YOU CANCEL YOUR APPOINTMENT?

There will be some exceptions to the rule but for most cases, you won’t need to reschedule your appointment. If you’re only having the inside of the property treated then you won’t need to, but there are a few things you need to be aware of if it’s been raining and you intend on having the outside done.

Many of the insecticides that pest control experts use are insoluble and won’t be washed away by rainfall, however if it’s been raining heavily for days on end, and the weather only looks to be getting worse, then it might be best to reschedule. Often when it’s wet and the ground’s soft, most pests, especially ants, actually come out from the ground because they’re looking to escape the moisture from their nests. This can result in the treatment being more effective because we can not only hit the pests directly but also because the pesticide granules dissolve and are absorbed into the ground, killing off more pests beneath the surface. In fact some treatments require the product to be wet in order for the toxins to be released.

Pest control experts often advise customers to water the perimeter of the property in order to activate the pesticides within the first week or two – especially if it’s been considerably dry.

In sum, homeowners should note that no reputable pest control company should be applying pesticides of any sort against wet surfaces. Indeed, it really depends on the type of treatment as to whether or not the treatment might need to be rescheduled or affected in any way, but typically this isn’t likely. Lastly, customers are always free to get in touch with their most trusted pest control company like Aptive Exterminator should they have any concerns to make the appointment more conducive for the both parties.

What happens if my neighbors object to planning permission?

5 Easy Ways to Maximize the Decorative Potential of Your Patio

The Versatility and Allure of Leather Seating

Things you need to know about real estate postcards

Prevent Losses By Insuring Your Property