Los Angeles is an excellent place to live in! The entire LA County is packed with astonishing places to go, things to see, fine arts, fantastic culture, nightlife, elite sports teams, and whatnot. Nevertheless, all that comes at a hefty real estate price. According to Zillow, the median home value in Los Angeles County is $664,495, while the home values in LA County have gone up by 5.2% over the last year. The average price of homes currently listed for sale in the County is $696,051, while the average cost of sold homes for the past year is $639,900.

Speaking about money and finances, a good thing to mention here is that California mortgage rate trends have been certainly favorable all year, and they are expected to remain the same throughout the year. If you are thinking about acquiring a home in LA County this year, it’s for the best to consult with a licensed Los Angeles mortgage broker to get all the latest news on financing and mortgage rates first hand.

The salty price that you have to pay if you want to call Los Angeles your home, made us put together this list to help you find the most affordable places to settle in this incredible county. With more than 90 cities within LA County, we started to create our list of most affordable cities to buy property in the County by finding the 30 cities with the lowest average listing price.

After that, we decided to combine them with one other factor – the lowest crime rates, with the average crime rate in the state of California currently at 4.47. The cities that made the final cut are the five cities with both most affordable prices on listings, and crime rates well below the state average. Take a good look, and pick the best destination for your next home in Southern California.

If suburban life suits your needs, La Verne is a fantastic place to live and own a home. Curled up in the foothills of the San Gabriel – Pomona Valleys, La Verne is located approximately 35 east of Los Angeles and has a population of little over 33,000. This town makes a perfect example of a “close-knit” community with genuine small-town virtues and traditions. La Verne has a notable senior resident population, as it’s equipped with eight mobile-home parks and three retirement centers.

The city is also somewhat popular with younger generations as it’s the home of the University of La Verne and quality public and private schools. As of last year, the average listing price on properties was $725,000, while the median selling price of properties was $660,200. The city feels pretty safe and overwhelming as it comes with the lowest crime rate on this list, just at 1.43. 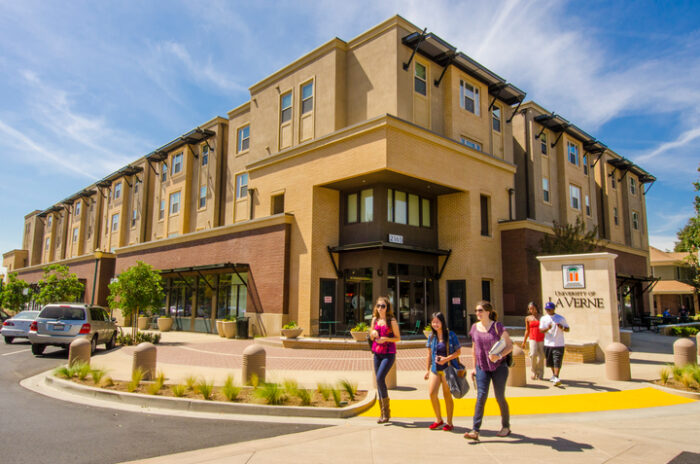 If you ever dreamed of living in a city that is full of leafy parks, clean nature, and a serene atmosphere, Norwalk may be just the right city for you. Norwalk is a relatively big city bordered by Downy, Bellflower, Cerritos, Artesia, and Santa Fe Springs. Located just off of the 5 Freeway, the city of Norwalk has an estimated population of around 104,000 citizens and is the 58th most densely-populated city in The State Of California.

Established in the late 19th century, and officially incorporated as a city in 1957, Norwalk is 17 miles southwest of downtown Los Angeles and is a vital part of the Greater Los Angeles area. The town is proud to be the home of Cerritos College, a public community college that offers degrees and certificates in 87 different fields of study in nine divisions. The average listing price for last year was $495,000, while the average selling price of a property was $507,000. The crime rate of Norwalk is just shy of 3.00, currently sitting at 2.96.

Bell Gardens comes with the lowest crime rate on the entire list, just behind La Verne with a crime rate of only 2.51. Incorporated as a general law city in 1961, the City of Bell Gardens is bordered by the City of Commerce, South Gate, Downey, and Bell. Bell Gardens has a population of around 44,000 residents in an area of 2.5 square miles and is positioned in the southeastern part of LA County.

It’s also one of the five cities in LA County to legally allow casino gambling, as the luxury Bicycle Casino is a significant source of revenue. The city is known as a proper city for corporate trips and team building activities, and it also comes with fantastic diners and restaurants for full gastronomic pleasure. The average listing price for 2019 was $540,300, while the average selling price of real estate was $520,888. 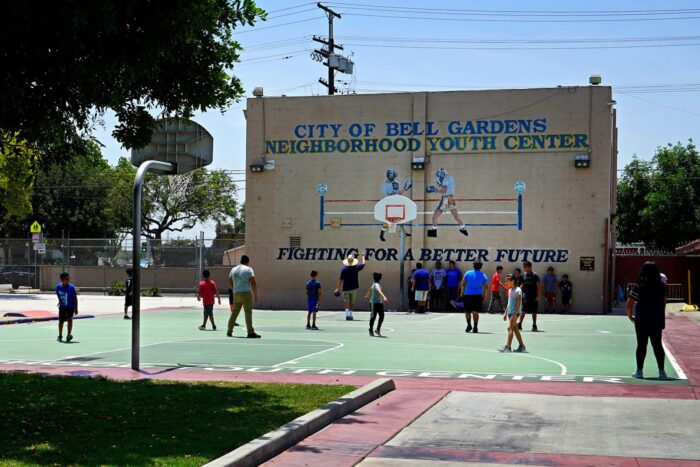 Did you know that the first recorded avocado tree in the State of California was in The City of Duarte? Duarte is a relatively small town with a strong agricultural community specialized in citrus production with a population of just under 22,000 citizens. Positioned just outside of one of the most expensive zip codes in the United States, the city is bordered to the north by the San Gabriel Mountains and has a total stretch of 6.7 square miles (17 km2), all land.

The City Of Duarte is famous for the historic Route 66, as it runs just through the heart of the city. The citizens of Duarte hold a Salute to Route 66 parade every year in the third week of September. Both average listing and selling prices for properties in Duarte are listed at $625,000, while the crime rate of the town is only 2.48.

A city known as a great place to raise a family and lay down roots, The City of Whittier is merely brimming with its charm. Located only 12 miles southeast of Los Angeles, Whittier is easily accessible through the 605 Freeway. Mostly because of its convenient location and the small-town feel that it offers, Whittier was ranked as one of the top 100 cities to live in the United States back in 2013. The Downtown area of the city is welcoming and walkable, and the whole town is made up of several smaller neighborhoods, each with their own style, including multiple historic districts.

Whittier is a fantastic place to live in, since Disneyland, the mountains, the beaches, and desert are a short drive away. Whittier is a nice and calm town in the Greater Los Angeles area with a crime rate of only 2.75. Regarding the prices of real estate, the median listing price of properties in 2019 was $572,450, while the median selling price was $557,900. 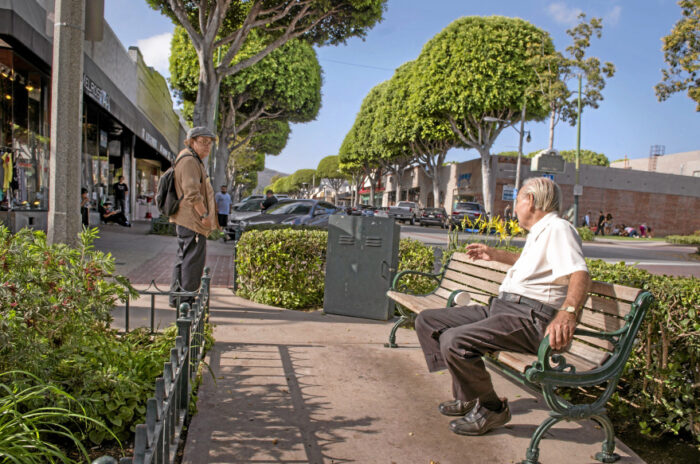 If you are dreaming of living near the ultra-expensive Los Angeles area on a budget, now you know that it’s entirely possible without breaking the bank. The cities of La Verne, Norwalk, Bell Gardens, Duarte, Whittier are all part of the Greater Los Angeles area and are considered to be pretty safe because of their low crime rates. They are just around the corner of the stunning beaches and the glamour of Hollywood, so they are the perfect place to invest in a property and enjoy the always-changing unique culture that California offers.

Hanging Chairs Ideas That Adds the Zen In Your Home

Planning a Road Trip Across Canada During Winter

The Best Way To Clean Pet Hair From Hardwood Floors

What to Sell Your House? Tips to Close the Deal Fast!

How Learning a Trade Can Help You Improve Your Own Home