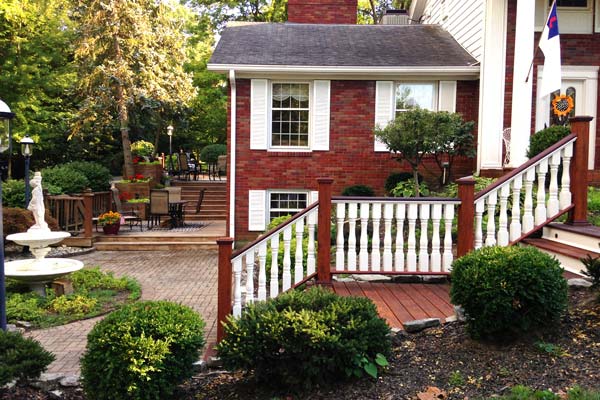 Before going on to see the difference between both of them, let’s first understand their meaning and uses well.

So, what exactly are Balusters?

Balusters are typically vertical posts, often with a simple lathe-turned shaft. Their purpose is to provide a guardrail or something railing-like at floor level. They are characteristic of older homes.

You know those wooden railings on the front porch? Those are balusters. But what are those things you see going down staircases? They look sorta the same as balusters, but they’re longer than normal. Those are vertical posts that are used to hold a handrail in place. These posts are called “Spindles”.

Areas you may find balusters or spindles on:

Homes that have decks that are 30 inches or higher are required to have railings according to building codes to ensure safety.

Balusters or spindles are attached to the balconies for safety as well. However, you can also choose a ton of different designs and looks for your balcony to enhance the look of your home more.

Patios are perfect for balusters as they provide firm support and a fixed surface for them to sit on.

If you have handrails in your home where one or both sides doesn’t have a wall then the handrails are supported by balusters or spindles which again act as a safety unit for people in your house.

Balusters or spindles come in different designs and shapes these days and can be easily customized according to your choice as well. Your budget, design preference, and the decorating style will highly influence the type of baluster you will go for.

Also, if you decide to go for a horizontal spindle or baluster you should be aware that they are potentially considered a bit dangerous as children can easily climb over them which defies the purpose of installing them in your house. They are also made up of different materials like wood, plastic, iron, fiberglass, etc.

Now that we’ve seen what they are and what they mean,let’s see the difference between balusters and spindles.

Generally, both the terms are often used interchangeably by people but homeowners use the word spindle far more as it is easier to remember as compared to baluster which is something of a tongue twister and quite a difficult name too.

The main difference you can say between a spindle and a baluster is that spindles unlike balusters aren’t directly attached to the base and are instead supported by a horizontal rail at the bottom that in itself is attached to the posts. Whereas balusters on the other hand usually rest on the footing of a floor, deck, or step.

You can use a variety of designs nowadays to choose a baluster or spindle from so take a look around online or consult a professional to create a unique looking design for your home.

How to replace your lawn tractor’s blades

The Iconic Style of the Rocking Chair

Cleaning Mistakes You Should Avoid in Your Home

How to utilize glass in the kitchen