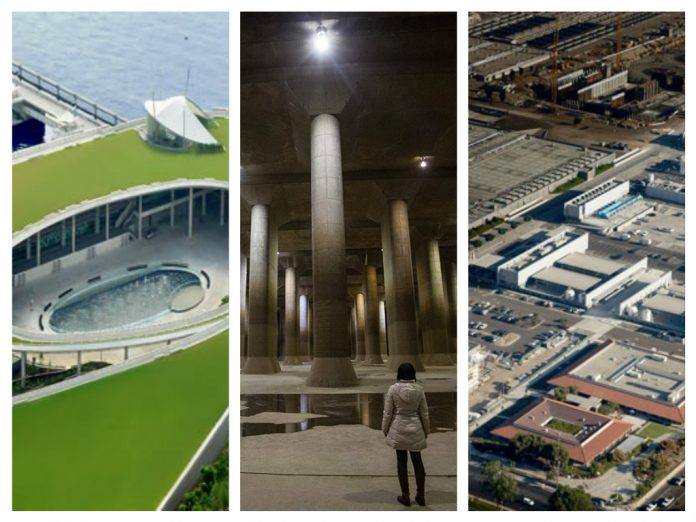 While we often think of fixing pipes in a person’s house or at a local park when plumbing comes to mind, this profession affects a wide range of people, even the population of a country, by providing clean water. This objective is becoming harder to achieve by the day, with water demand expected to increase by 55 percent between 2000 and 2050.

Different countries have developed projects over the years to ensure that their citizens have enough water despite any geographical obstacles. It is also important to keep a balance so that certain areas don’t get too much water, leaving other areas scarce. Here are three of the biggest plumbing projects that countries have started throughout history.

The G-Cans drain system, also called the Metropolitan Outer Underground Discharge Channel, was completed in 2006 and is now the biggest drain in the world and was designed to handle climate change-related flooding in Tokyo, Japan. Researchers believe that an uneven rising sea levels will be more of a problem for Tokyo than any other city in the world in the future. Flooding can also be a problem if Japan’s rainy season gets severe enough, leading to too much water for plumbing systems to handle.

The channels of the G-Cans project handle this by transferring flood water from rivers in Tokyo into five silos, which then send the water into the “Underground Temple” tank. Each silo measures 213 feet deep and 105 feet wide to handle the large loads of water, and the tank is 580 feet deep to do the same. The pillared tank uses 78 pumps and 14,000 horsepower turbines to pump 200 tons of water per second into the Edogawa River. This system allows Tokyo to keep its water levels closer to where they need to be.

Some countries deal with the exact opposite problem, which is not having enough water. Small countries such as Singapore have had a tough time collecting fresh water while being surrounded mostly by the ocean. Having a growing population doesn’t make it any easier to keep everyone satisfied. Singapore’s solution to this came in the form of the Marina Barrage, an artificial reservoir that came into being in 2009 to provide citizens as much fresh water as can be provided in such an environment.

The reservoir was created when the government blocked off one of the city’s harbors, and it spans the entire Marina Channel. This project consists of nine crest gates that prevent seawater from entering the Marina Reservoir by creating a barrier. Water levels are managed when pumps get rid of water from the dam during high tides and lowering the barrier during low tides. The addition of water from precipitation, combined with the catchment making up for a sixth of Singapore’s land area, creates plenty of fresh water for the population.

Certain parts of the world have had the bad luck of dealing with multiple issues when it comes to providing fresh water. California, is a mostly dry area, has a growing population, and its groundwater level is beginning to drop below sea level. The last of these dilemmas almost made it easy for saltwater from the Pacific Ocean to enter the fresh water supplies. The answer to these problems was the Groundwater Replenishment System, which originally came into being in Orange County in 1975 before returning new and improved in 2008.

While most barriers are made of concrete and other solid material, this project is made of water — wastewater that was purified with micro-filtration, reverse osmosis and UV radiation. Instead of being discharged into the ocean, the wastewater is turned into water capable of meeting drinking standards. The reclaimed water is then placed into the ground through 36 wells that cover five miles. The result is a dam that keeps the sea’s saltwater separate from the groundwater basin. Being one of the world’s more recent projects, the addition of sewer camera inspection services to it would be much easier than old alternatives and could make this process much easier.

If you aspire to get into the plumbing industry, then consider the techniques used by these projects so that you can come up with an even more effective one for the future.

A Sneaky Great Purchase for Your Bathroom That You’ll Enjoy Every...

Modern Interiors For Every Taste

What To Consider When Utilizing Reclaimed Wood Wall Paneling In Your...

How Liveable is Foggy Bottom, DC?