Hollywood Regency Style began on the sets of 1930s films.  The life depicted in the celluloid world appealed to those seeking a fantasy rich with glamour.  Owing to actor-turned-designer, William Haines, this style was adopted by Hollywood’s best and brightest stars.  Hollywood Regency style can be emulated today by blending a variety of styles to create a cohesive and luxurious look that speaks to a timeless era.

Hollywood Regency style makes use of smaller scale furniture for the purpose of entertaining.  Furniture arrangements are made to encourage conversation.  Simple furniture with graceful curves, an abundance of mirrors, lacquered pieces, bamboo accents and Chinoiserie style combine for a dramatic room that echoes old Hollywood.

In the bedroom, mirrored furniture and luxurious beds bestowed in satin, silk and velvet are customary.  Dressing tables fit for a movie star are a standard fixture in the Hollywood Regency bedroom.

Chaise lounges prevail.  Imagine satin-gowned movie heroines draped across these in dramatic style.  Whether in the living room or bedroom, the chaise is a perfect combination of drama and style.

Hollywood Regency style is noted for bold colors and interesting objects, both antique and Art Deco with a good mix of Chinoiserie.  For truly authentic Hollywood style, invest in pieces of distinction that are one-of-a-kind and not mass produced.

Related:
The Design Anatomy of the Family Room

When decorating in Hollywood Regency style, incorporate chairs and tables that cater to seating guests for optimum conversational ease.  Accent the room with Chinoiserie, glossy lacquer and elaborate mirrors.  Incorporate neoclassical motifs, such as the Greek key design.  Sift through antique stores for unique finds to complete the look. 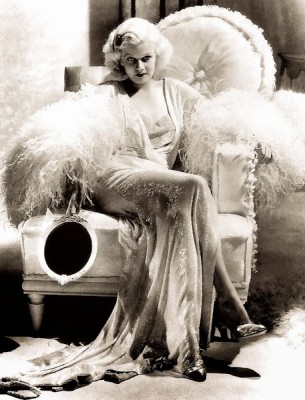 USA Mugshots: Everything You Need to Know About Mugshot Searches

A Guide to Bokashi Composting

4 Backyard Upgrades Worth Doing in 2021

How to Design an Elegant Minimalist Home

What Is A Switch Loop & How Does It Work?