An Introduction to Milford Sound

Milford Sound is a fjord located in the Fjordland National Park on the South Island of New Zealand. In 2008, it was voted to be the world’s best travel destination by TripAdvisor’s Travelers’ Choice Destinations Awards. It is known by people throughout the world due to it’s rugged beauty and wildlife. In certain literary channels it has even been referred to as the eighth wonder of the world.

The landscape of Milford Sound is often touted as among the most awe inspiring and amazing in the world. It was created by glacial erosion during the last ice age, and is situated in the midst of a number of mountains, glaciers, and snow covered peaks. In places, the Sound is bound by sheer cliffs rising to heights of over 1200 meters above the water – something which has to be seen to be believed.

Although there are only two permanent waterfalls feeding the sound, as well as a number of rivers, hundreds, or even thousands of smaller flows can be seen cascading down the rocky cliffs after heavy rains. Some of these waterfalls are so high that the water never reaches the bottom, instead seemingly disappearing midair.

The climate of Milford Sound is worth mentioning, as it is one of the wettest places in the world. It has an average rainfall of around 252 inches per year. Sometimes, falls of up to 10 inches are recorded within 24 hours. Due to the large catchment area, this often leads to a thick layer of icy cold fresh water floating on the top of the sound – this layer can get up to 8 meters thick at certain times of year.

What to Do in Milford Sound

Despite its remote location and the difficulty getting there, Milford Sound attracts up to a million visitors every year, who are catered for by the small population of locals. Most tourists do day trips to the Sound, and very few do more than one thing while they are there.

There are many cruise operators in Milford sound who offer various different trips to cater to all tastes. You can visit the underwater observatory, only reachable by boat, get up close and personal with waterfalls, and experience the wonder of the fjord first hand.

The numerous wildlife is a highlight of most people’s visit to Milford Sound. Rain, hail, or shine, there is always something to see. From a boat or kayak, it is possible to get close to a number of seal and dolphin populations. Penguins and other bird species are common, and whales can occasionally be seen by lucky visitors.

There are many rough hiking trails in the area surrounding Milford Sound. These offer adventurous types a fun and challenging form of entertainment. The Milford track is also popular. It runs from the northern end of Lake Te Anau and makes its way towards the Sound through a breathtaking wilderness.

Related:
4 Factors to consider when booking a vacation Home Away Cape May Nj

The nearest town with any shops or other facilities is Te Anau, which is 121 kilometers away. However most tourists travel directly from Queenstown or Invercergill, which are both around 300km drive. There are also scenic flights and helicopter rides to and from the Sound for those with a little more money to spend. 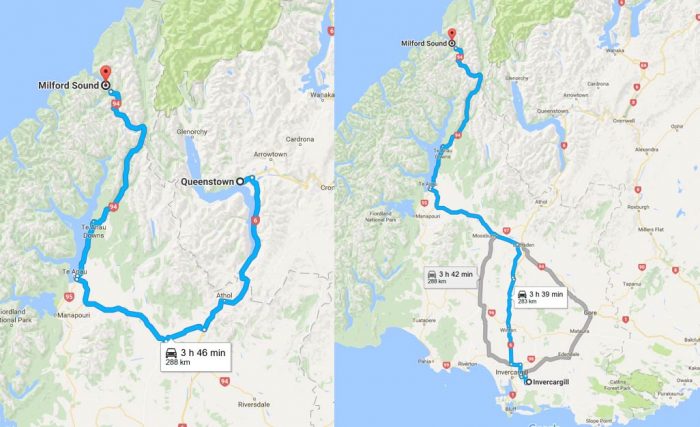 The drive itself would be a highlight of any other holiday due to the extreme scenery. The road from Te Anau winds through beautiful mountains and looks over lakes and pristine forest until it reaches the Homer Tunnel, which goes 1.2km directly through the heart of the mountains. Emerging from the other end, you are confronted by rain-forest-filled canyons descending towards the Sound. Be aware, because the road is often closed during winter due to avalanches and unsafe conditions.

The Crafty Creative – How to Create Your Own Unique Drapery

Styling Tips for Decorating with Trays

How to Stop Shortening the Life of Your Washing Machine

5 Eco-friendly Decorating Ideas for Your Home

6 Reasons to Love Polka Dots in Your Home