It doesn’t matter how beautiful well known touristic spots in Germany are, the true adventurers and curious travellers will always look for some unpredictable and non-clichéd places. Germany may not embrace Halloween with the enthusiasm of other countries but it has more than its fair share of spooky places. The buildings may be falling down, vandalized and abused, but they maintain stoic dignity through the dust and decay.

Once a building no longer serves its original purpose, it becomes truly fascinating. Every piece of it becomes more significant than it has ever been. Every rotten floor, crumbling stair or dingy curtain has its own story to be told – welcome to the abandoned places Germany!

WARNING! – THESE IMAGES WILL SEND CHILLS DOWN YOUR SPINE….ABSOLUTELY NOT FOR THE WEAK AT HEART.

#11. The Bärenquell Brewery in Berlin

When the Bärenquell Brauerei closed its doors for the last time on April 1st, 1994, it marked the end of a brewery 112 years old. It first opened as the Borussia Brauerei in 1882, was bought by Schultheiss AG and expanded in 1898.

Bärenquell proved to be one of Berlin’s most popular beers and was renowned for its good taste. By the time of its closure it was one of the ‘big four’ with Kindl, Berliner Pilsener and Schultheiss. If it was that popular however, I fail to understand fully why it went bust. Perhaps they ran out of bears. I certainly didn’t notice any when I was nosing around…

Watch out for weirdos and security. There used to be people living here, and others having techno parties, but everyone has been more or less turfed out as the new owners clamp down on the fun.

#10. The former Institute of Anatomy in Berlin

Some clues remain, hinting at a questionable past. Tiled rooms, laboratories, dissecting tables, display cases, strange contraptions, eerie auditoriums, projector rooms, hurriedly scribbled notes, telephones for contact with the outside world, sinks, desks, chairs, cabinets, files, a toilet brush, former lab rats. Put them together and there can be no mistake – this place was once dedicated to the gruesome field of anatomy.

Related:
A Guide To Working In A Hong Kong Central Coworking Space 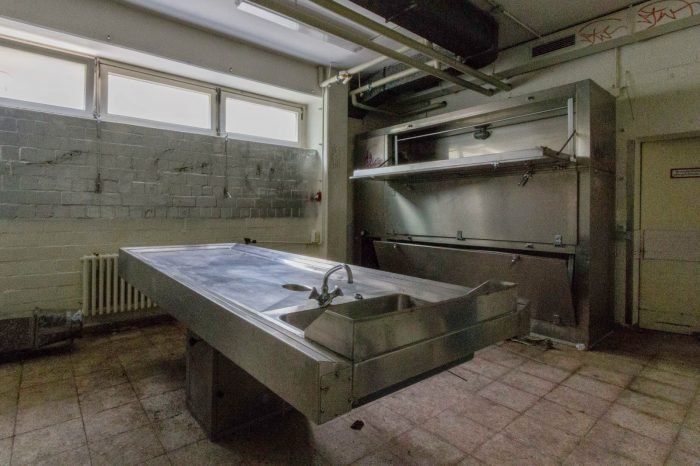 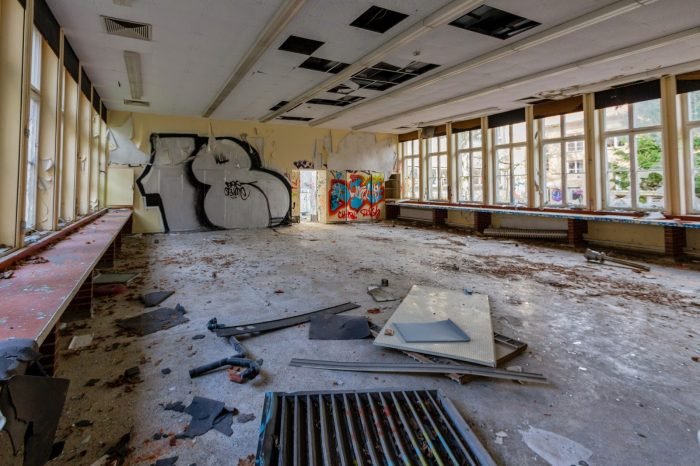 Krampnitz Kaserne was a military complex, in Fahrland, Potsdam, created by the Germans during the rearmament period. It was used by the Nazis until the end of the Second World War. After the war it was used by Soviet troops until its abandonment in 1992. 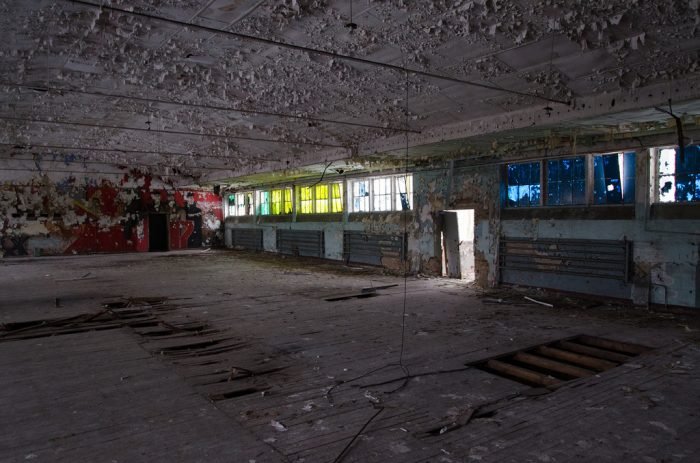 Elisabeth-Sanatorium, former tuberculosis clinic that morphed into an East German skin clinic before being consumed by the fallout of Mauerfall, as indeed anything East German did. Now only haunted by traffic-tormented ghosts. 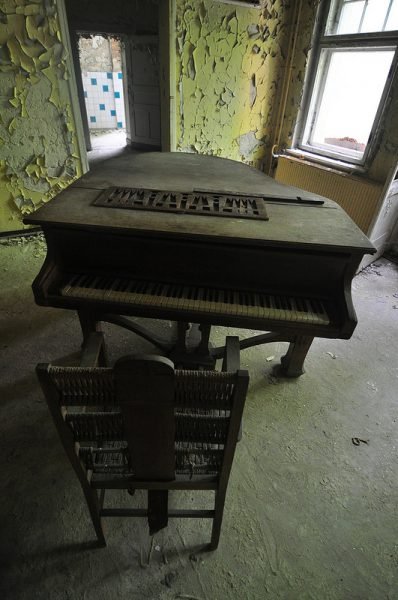 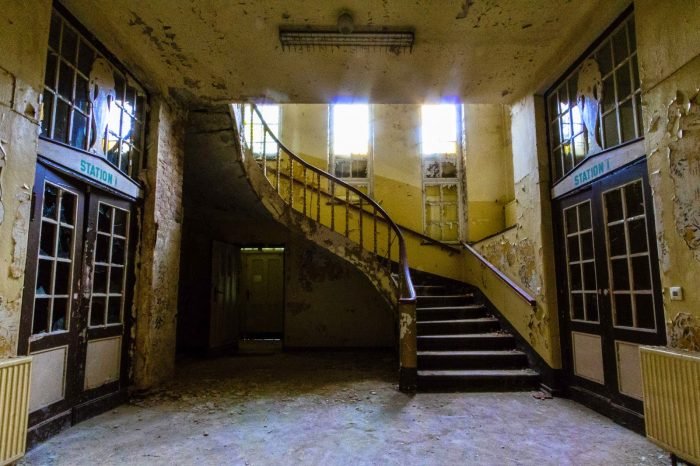 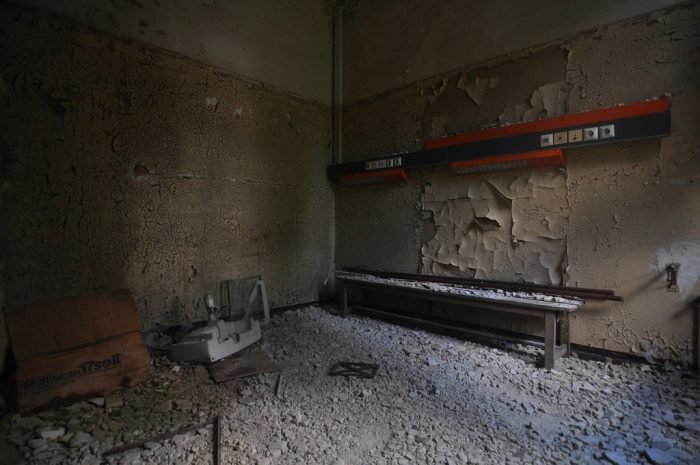 The roof is a little dangerous in places – rivers of rain run through – but otherwise it seems safe enough. One of the outside buildings looked like it was being used by a homeless person. 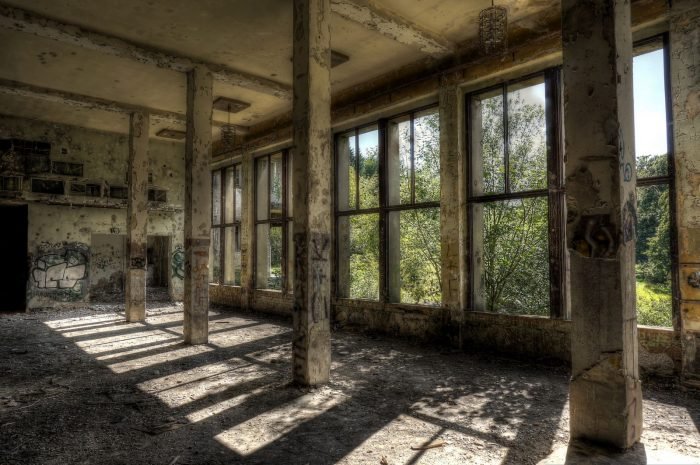 After the fall of the Berlin Wall and the reunion of West and East Germany, the old GDR state owned vacation homes that were no longer needed and the hotel began its decline.

The Gesellschaftshaus Grünau was built in 1897 and with its impressive Ball Room, bathhouse and sporting facilities  became very popular. With all the festivities, of course there was call for dancing and merrymaking! The Ballhaus was immensely popular. Musicians were honored to come and play there.

Related:
What to do in Calgary

Here is how the ball room looked like back in 1920: 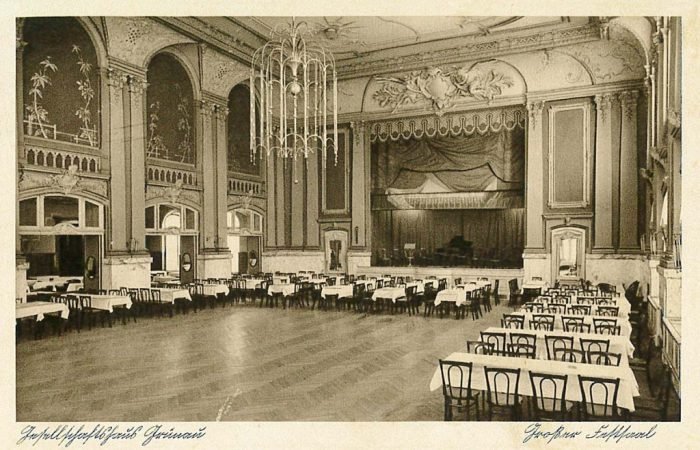 And here is how it looks like today – one of the best abandoned places in Germany: 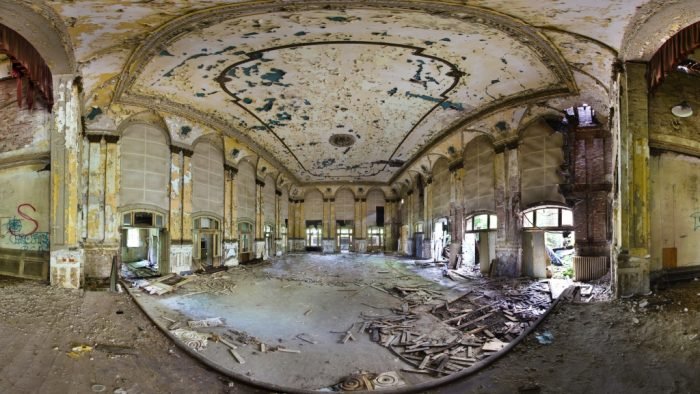 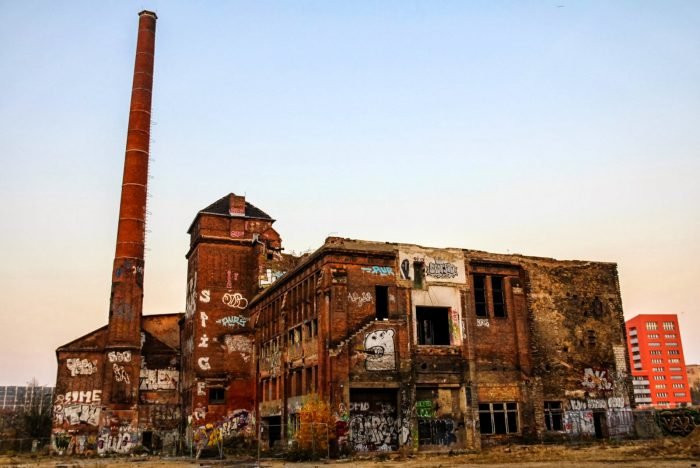 Don’t be scared to visit the abandoned building in the evening, the residents are friendly and harmless. But also don’t exaggerate and visit the factory in the middle of the night. People who want to sleep will not be pleased with your visit and it might just be safer to visit the building when there are still other people around.

Today, the 1936 Olympic Village, which actually lies in Elstal, Wustermark, on the edge of Berlin, remains, but it is in ruins. 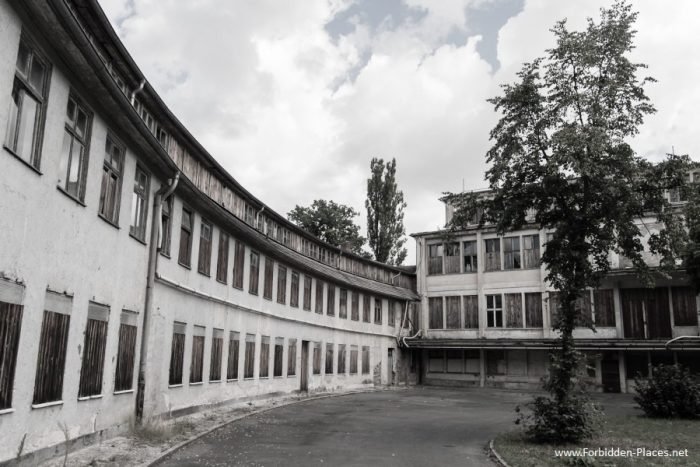 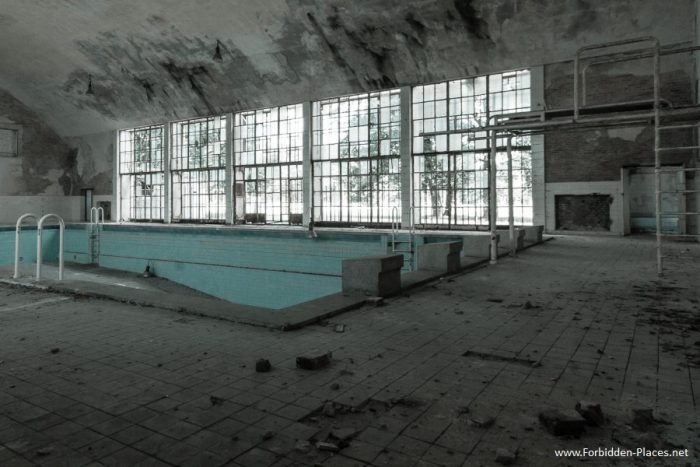 Three months after the was the villlage was converted into a military school. After the war, it retained its martial air, now in the service of the Soviet forces, and then was gradually abandoned with the breakup of the Eastern bloc. Today, only a few sections have been restored.

Welcome to Teufelsberg, literally ‘Devil’s Mountain,’ a hill reaching 120.1 meters above sea-level, made from an estimated 12 million cubic meters of war rubble (apparently about 400,000 bombed houses) pushed together in the north of the Grunewald forest in West Berlin.

Related:
6 Things to Do Before the Honeymoon 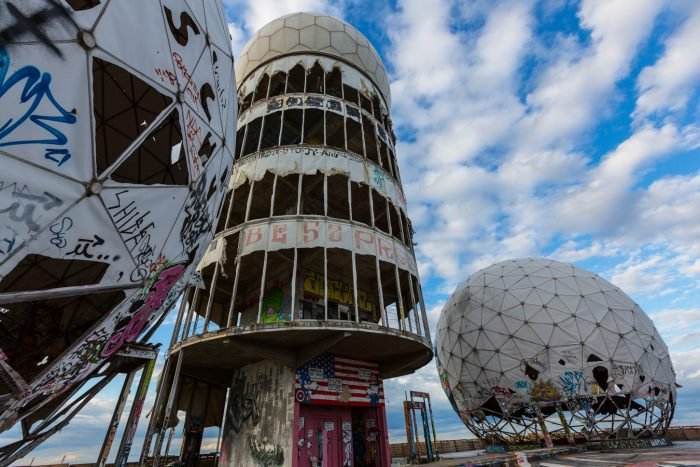 Buried deep beneath is what remains of a planned Nazi military training school designed by Hitler’s chief architect Albert Speer. So sturdy was it that attempts by the Allies to destroy it failed, so they covered it with war-rubble instead. There was plenty of it around at the time. Every day, 80 truckloads of 7,000 cubic meters of rubble collected mostly by local women used to arrive.

Heilstätte Grabowsee is a former sanatorium (i.e. a hospital for tuberculosis patients) several kilometres from Oranienburg. After the war, the Russians moved in and it became a military hospital. They left in 1995 and it’s been slowly decaying ever since.

The buildings are in a terrible state, watch where you step, and under which roofs you stick your head. Ceilings are very much in danger of collapse.

Beelitz-Heilstätten was used as a film setting location for the 2002 movie, The Pianist, and the 2008 movie, Valkyrie. It was also used in the music video, Mein Herz brennt, by Rammstein.

Is There Any Difference Between Homeowner’s Coverage and Builder’s Risk Insurance?

A Step-by-Step Guide to Building Your Dream Home

Top Reasons to Renovate Your Home

Keep Your Home Nice and Dry by Working with Experienced and...

How to Choose the Best Kitchen Appliances for Your New Kitchen

5 Mistakes to Avoid when Selling Your Home