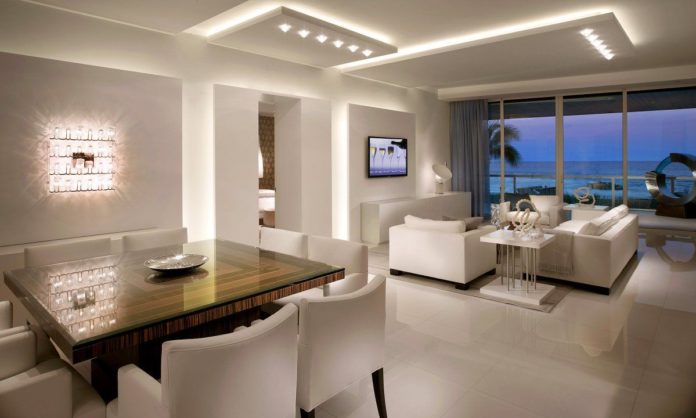 Solid-state lighting – also known as LEDs and OLEDs – is the most promising and potentially impactful energy-efficient technology in production and development, according to the EPA. They predict that solid-state lighting will readily become twice as efficient as fluorescent lighting and ten times more efficient than traditional incandescent lighting, reducing the need for electricity by an estimated 33% – 50%.

LED lighting is quickly becoming more commercially integrated – meaning that you have been seeing it used in more applications, products, and in residential and commercial construction. This is an intentional push by the Department of Energy and associated businesses to switch consumer and industry reliance from traditional sources of lighting to more energy-efficient sources.

All this information is great news for the nation and, generally speaking, for the world as a whole, but how can it help you personally? Read on to discover the economic benefits of switching to LED lighting and, by the end of this article, you will have the science-backed knowledge to start saving money on your annual electricity costs.

More Energy-Efficient – Save on Your Electricity Bill

This leads to incredible savings over time – especially depending upon your energy usage. If you live closer to the poles, then, depending upon the time of year, natural light is very scarce. You may need to power lightbulbs for longer than average. However, you do not have to live in Alaska to save money annually by switching to LED lightbulbs.

You do not have to switch out every bulb right away to start financially benefiting from this new technology. You should first switch over those bulbs which see the heaviest use. There are obvious rooms to target first – like kitchens and bathrooms, but there are also less obvious fixtures.

Consider switching exterior lights, like garage lights and porch lights. Also, think about first replacing the bulbs in those hard-to-reach fixtures with LED lights. This way, you will not have to think about changing them very often.

You now have the knowledge to begin saving annually on your electric bill and it is as simple as replacing the lightbulbs in your home. In addition to the financial benefits, you will also be reducing your carbon footprint and joining the green wave. Look toward the future and save money while you do so!

Jennifer Bell is a freelance writer, blogger, dog-enthusiast and avid beachgoer operating out of Southern New Jersey. She writes on behalf of ZLED Lighting.

Fun Ways to Make More Use of Your Garden During the...

What to Look for in a Plumbing Professional

15 Examples of Opulence And Elegance: Bathrooms With Fireplace

Designing Around the Television

Planning to Change Your Roof? Here are Some Interesting and Unconventional Roofing Ideas