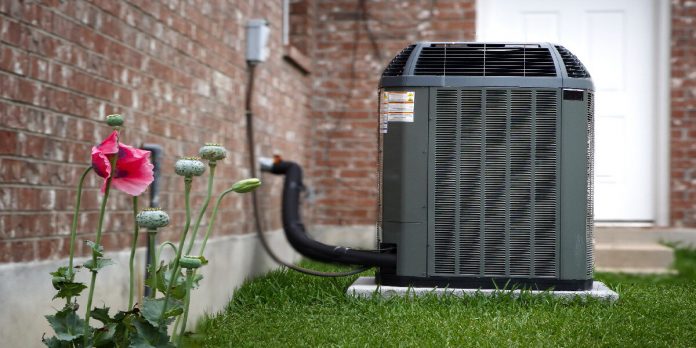 It can also feel like the biggest inconvenience of all time when your air conditioner breaks down, especially during hot summer months when you need it the most. It can be hard to fix the air conditioner if it goes out because it is such a complex piece of machinery.

R-22, which is also commonly known as HCFC-22, is a popular refrigerant for air conditioners and has been for many many years. However, R-22 has been found to hurt the ozone layer so new alternatives are being used that have less of an impact on the environment. This will actually affect the entire HVAC industry and is something that anyone who works on air conditioners for a living needs to know about. HVAC technicians, and those aspiring to be one need to know about the regulations, requirements, and techniques that are required to replace the R-22.

On January 1 of 2010, any R-22 was banned from being produced or imported to be used in new air conditioning units. The R-22 refrigerant can still be used for older units that need to be serviced or repaired and require R-22 to complete the repair. However, as of January 1, 2020, the production or use of any R-22 in air conditioning units will be completely illegal. Once it is banned from being imported or produced, people will only be able to get their hands on it if they find some recycled R-22 or go through other reclaimed options- maybe through a supplier that stocked up before it is discontinued. Qualified HVAC technicians need to be properly trained on how to handle the phasing out process as the deadline comes closer and closer.

The whole reason that R-22 is being phased out in the first place is because it has been proven to be unsafe for the environment and damage the ozone layer. In order to protect the ozone layer, alternative refrigerants had to come into use that worked just as well but are a safer option. The best alternatives that have been found thus far are R-134a, R-507, R-404A, R-407c, and R-410A. Out of all of these options, the R-410A is the best option when it is being used for your air conditioning. However, if you need a new refrigerant option for your refrigerator, R-404A and R-507 are the best options to go with.

Using any one of these substitutions for a refrigerant are better than R-22 because they are more friendly to the environment, seeing as if your air conditioner somehow springs a leak, it will not put a hole into the ozone layer and end up causing the earth to heat up. These options are actually more efficient than R-22 is as well. Getting a new HVAC system with the new refrigerants are more efficient because of the features it comes with such as programmable thermostats, speed fans that can be easily changed. and fan-only settings. Your HVAC technician can advise you on the best option that will keep your home or office cool while saving you money, and not being detrimental to the environment.

When it comes to your personal options with replacing your R-22, there are several routes that companies and clients can take, and each of these options complies fully with the rules and regulations of the R-22 phaseout.

Firstly, you can go with a total replacement of your system. This means that you will have to remove every component of the air conditioning system that you currently have including both the outdoor and the indoor unit, as well as all the lines and power wiring as well. This way the customer can have the newest system that will save them money, and it is a long-term solution.

If you decide that you do not want to replace the entire system, infrastructure and all, you can go another route and just replace the indoor and outdoor units. Going this route will save the consumer money on the initial cost of installation, and their air conditioner’s performance would more than likely improve by a lot, it would still be more energy efficient, and the costs of usage would decrease. They would get all of these benefits without having to take on the expense of replacing the entire HVAC system. This is also a great long-term solution.

Using a drop-in refrigerant is not as simple as it sounds, and the expression is actually quite misleading. Saying it like this makes it sound like you can just trade a new, different type of refrigerant in for the formerly used R-22 system, unfortunately, it does not work as easily as this. In order to use an alternative coolant, you have to make modifications to the equipment that you have in order to use an alternative.

No matter which method you choose to go with when you change out your R-22 system, you will need to hire a licensed and experienced HVAC technician to do it for you. They will replace or repair the system in accordance to the proper procedures and regulations that are in place, and to ensure that there is no malfunction with your system or unnecessary injuries that occur as is sure to happen should you attempt to do it on your own.

Once the R-22 system is replaced, you have to know what to do with the refrigerants so they do not get released. It is illegal to intentionally release CFC and HCFC, both found in R-22, into the environment. All of the R-22 that is taken out of the system has to be sent to a certified reclaimer, and it is only these reclaimers who are legally able to sell the used stuff to someone else. R-22 replacement and repair in an air conditioning system is a hazardous job to do and should only be done by someone who is trained in HVAC repairs.

How Professional Cleaning Can Help You Sell Your Property Faster

How to visualize when furnishing your home

6 Simple Lawn Care Tips to Help You Sell Your Home

Staging Your Home for a Successful Sale