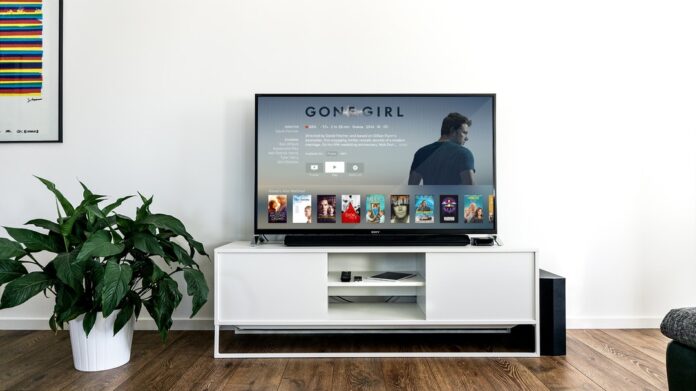 Are you wondering what can you do with Apple TV Plus? If yes, you should check out our review here on how this service works.

Have you recently bought an Apple TV? They are a great investment and can turn your TV into a top range entertainment center capable of amazing things and streaming high-quality films.

However, many people assume that Apple TVs are only for streaming film and TV shows. But that couldn’t be further from the truth. An Apple TV allows you to do much and is fully integrated into the Apple ecosystem it can turn your TV into another member of the Apple family.

Here’s everything you need to know about what can you do with Apple TV.

One of the key things you can do with your Apple TV is to mirror the displays of your Apple devices on the big screen. Perhaps you have the new MacBook Pro 16 inch with the magic keyboard.

You must make sure that both your devices are connected to the same WiFi network and then use the AirPlay feature. If you are using a Mac the option to connect to the big screen should be displayed on your top menu bar if your Apple TV is turned on.

If this is not the case then you can find this from the system preferences menu on the dock. Select display and then press turn AirPlay display and your Apple TV should be one of your options.

Related:
How to Maintain the Electrical System in Your Home

This is great because it means if you have a wireless keyboard and mouse you can turn your television into a giant monitor and you can work from the comfort of your sofa or bed.

Although Apple TV has a range of apps it doesn’t have every app such as Microsoft Word or pages as these would be impractical but by screen mirroring you can use any program, you would on your iPad, Mac, or even iPhone. This is how Apple TV works.

If you purchase any new Apple device you will get a one-year subscription to Apple TV+ This is a service that allows you to watch original content from Apple. Apple is currently in the process of expanding its service in the next few months.

Some of the shows they’ve produced so far include The Morning Show – a drama about a television anchor accused of sexual harassment and the reaction to it.

Oprah Winfrey also has two shows on Apple TV+ A book club where she interviews the authors of topical new books and a regular interview show where she chats to guests about political issues and their work.

These are just some of the many apple TV plus channels you can get access to as well as a host of movies. This is one of the best Apple TV features.

As well as watching Apple TV+ you can also watch shows on Amazon and Netflix as well as any other streaming services you subscribe to.

You could watch these services through your laptop with a traditional HDMI cable but getting the right cable can sometimes be more challenging than you might think. You will need a specific HDMI cable that supports HDMI.

As well as watching films you can also play games on your Netflix TV. Apple has launched a new Apple Arcade subscription service for a small monthly fee. This gives you access to hundreds of games that you can play with friends and some by yourself.

Classic characters like Sonic make an appearance in games like Sonic Racing and Rayman in Rayman Mini and there also a host of original titles exclusive to Apple.  You can attempt to escape the Bermuda Triangle or enter The Enchanted World.

You can play many of the games with the Apple TV remote but for a better experience you can buy the Apple Arcade games controller.

The latest Apple TVs come with the ability to stream content in 4K. This can be great if you have a higher resolution TV that doesn’t come preloaded with apps like Netflix or Amazon.

Remember not all content that major streaming services put out is in 4K. Generally only the flagship shows are filmed in 4K such as Amazon’s The Man in the High Castle or Netflix’s House of Cards.

Related:
How smart homes would be in the future

Often to be able to watch shows in 4K you need to subscribe to the highest level of membership as it’s a premium feature.

What Can You Do with Apple TV? Anything You Want To

Apple TV is more than just a platform for watching Apple TV+ original shows like Oprah Winfrey’s Book Club or watching Netflix and Amazon. Apple TV is like a computer or an Apple device in itself.

Using the AirPlay Display you can use your television as an additional screen without the need for wires.

If you have a wireless mouse or keyboard you can then edit documents from Microsoft Word or Pages on the screen or replay to email using email clients such as Mac Mail or Kiwi for Gmail Lite.

You can also use your Apple TV to play video games as well on your Apple TV for a small monthly subscription. This is a great hobby to pursue with your friends during the Corona lockdown. You can buy extra controllers to make your experience of playing games even better.

You can also take advantage of the 4K video streaming that the latest Apple TV’s come with provided you have the correct 4K HDMI cable and the highest level of streaming subscription on the service of your choice.

If you are interested in knowing more about what can you do with Apple TV then be sure to check out the rest of our site.

Benefits of Having Blinds in Your Home

Attic Animal Removal: Essentials for Keeping Wild Animals Out of Your...

Modern Interiors For Every Taste

How to Get Started with a Significant Garden Project

Considerations for Apartments for Rent in San Francisco

How To Sell A House As-Is In Memphis, TN