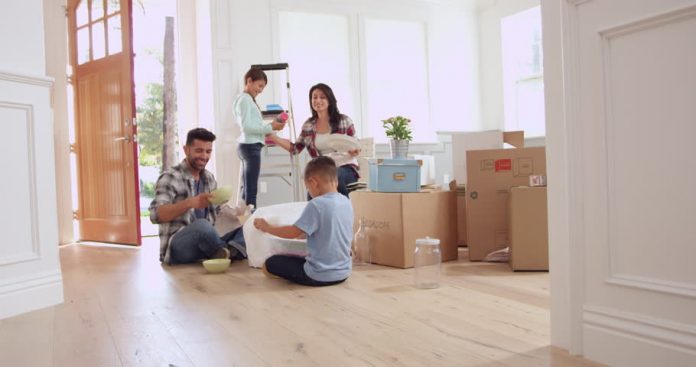 Changing living quarters has long been part of the human experience. Whether people were following good weather and food in their hunter-gatherer days, moving to new countries to start new lives, getting married, or heading into cities to find employment, human beings have always been a mobile species.

This still holds true today. While fewer people have moved from one household to another over the past few years, with only 11% of the U.S. population relocating in 2017, that’s still 35.5 million people each year. Of those people, most have good (or at least relatively painless) experiences, though not everyone is so lucky. Many moving woes come from the failure to adequately plan or do due diligence before moving into a new place. By checking a few basic things, you can spare yourself a lot of headache and avoid any nasty surprises.

1. Check for signs of bugs or rodents

It might seem obvious, but, when looking at a new home or apartment, many people focus on the layout, number of bedrooms, and household features. They often forget to look for signs of issues like infestation.

Checking for insects or rodents in a home is pretty simple. Look around the baseboards of rooms, where bugs often end up. Open cabinet doors and closets, dark places where insects and mice love to hide. Check for mouse droppings on counters and low cabinet shelves.

It can also be beneficial to take a spin around the outside of your new home to look for any signs of problems, like spider webs or wasp nests.

And it doesn’t hurt to bring a flashlight to shine under and around appliances to make sure there’s nothing dead or lurking.

A rental home must be operable by law, so the plumbing should be in working order when you move into a new apartment or house. Plumbing is one of those things, though, that is an absolute pain to deal with if you have to get it repaired while you’re living in the place. Especially if there’s only one toilet.

That’s why you should check all plumbing fixtures in a rental before moving in. For the most part, it’s just a matter of making sure the faucets come on, they all get hot water, toilets flush, and the refrigerator is properly hooked up if it has an automatic ice maker or water dispenser.

But don’t forget the dishwasher, washing machine, and other less common plumbing components, such as water softeners, too. These are the things you probably won’t be able to check before moving in, but make sure you put them to use or check that they’re working within the first few days of living in a new place. That way, if something is wrong, you can get it fixed expeditiously.

3. Check the heating and cooling system

There are a couple of main reasons to turn the central air on while visiting a rental property, and it’s not just to make sure the system actually works. Though, that’s a good thing to know too.

One reason to turn the air on is to make sure the system is getting proper air flow. Basically, when the unit kicks on, you should be able to feel the air, and it should feel an appropriate temperature – cool if it’s on cooling, warm if it’s on heating. If the air feels weak, that can be a sign air ducts have become clogged or blocked, which will make the system inefficient and cost you more in heating/cooling bills.

The second reason to turn the air on is to ensure the unit isn’t releasing excessive amounts of dust, or strange smells, into the home when it comes on. While the EPA says there is no indication dirty air ducts lead to increased pollutant levels in a home, they also state that excessive release of dust into the home by air registers is a reason to consider cleaning air ducts.

If the air ducts are excessively dirty, and contributing excess dust to the home, this is something you probably want your landlord to handle BEFORE you move in, or it might be reason enough to opt for another rental if the landlord refuses to get them cleaned.

4. Check the intentions of the landlord for the property during the time you’ll be living in it

If you’ve ever been living in a rental when the landlord decides to do upgrades or sell the property, you know what an incredible hassle it can be for you. They may own the property, and have the right to do reasonable upgrades while you’re living there, but it will be your days that are interrupted by workers coming in and out of the house or apartment, or by potential buyers being shown the property.

Ask the landlord if they intend to sell or do any work on the property while you’re living there. Whatever the answer (hopefully no!), try to get it in writing in the lease, so the owner can’t change his or her mind and create a hassle for you later on.

Moving into a new place is always a time of conflicting emotion. It is both exciting and stressful. Whether you’re searching for condos to rent in New York City or apartments in Carrollton, TX, though, there are a few things you can check before signing the lease that can provide you a little peace of mind.

Best Romantic Destinations to Travel for Your Anniversary

Impact of Tree Grates on Security

Creative Alternatives to the Headboard

Questions to Ask Yourself Before Building a House

5 Tips for Choosing The Right Fireplace For Your Home

Put Together an Awesome Kids’ Room with These 5 Tips

How does a toilet work