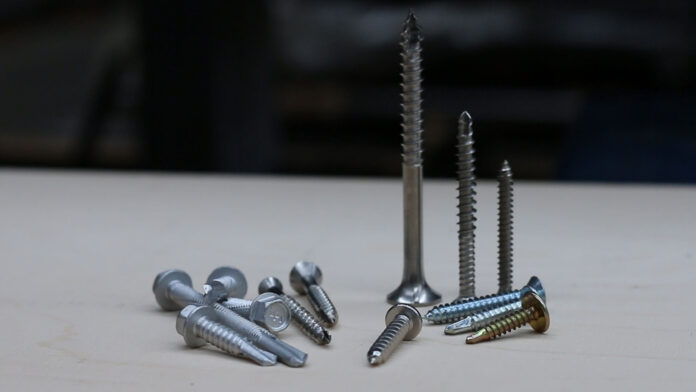 Self-drilling screws, often known as Tek Screws because of the brand that introduced them, are distinguished by the form of the screw. It has a curved end with a twisting drill-like form.

Self-drilling screws have numerous applications and purposes. Like drywall screws, the following are the most common applications for the screws:

Drilling screws, for example, would be fantastic for tasks like attaching sheet metal to metal frames or fitting a framework on a vehicle.

The screws are labelled by the length and thickness, with drill points identified by the number (1 through 5). They come in various sizes, each corresponding to a different number (1 through 5). As the drill point number increases, so does the amount of metal that may be drilled. The way self-drilling screws differ from others is that they do not require a pilot hole to cut and fasten, saving time during construction.

What Are The Advantages Of Using Self-Drilling Screws?

The benefit of utilising self-drilling screws is the money you can save. Because the screws do not require a pilot hole to cut and fasten them, you do not have to purchase any extra drill parts. When you need to replace the flooring, this function makes the screws easier to use, saving you time by eliminating the need for drilling and fastening.

Self-tapping screws are screws that tap easily into a variety of materials. Some materials you can use them with include: metal, polycarbonate, wood, brick, plywood, and cast, and forged materials like aluminium, brass, and iron.

Your Ultimate Guide for Buying any Plant from Online Delivery Stores

Perk Up Your Rooms with Flower Arrangements