Doors generally serve a pretty universal purpose. They maintain privacy and safety, and unless you’re looking for some real fake doors, a la Rick and Morty, they’ll also provide a connection between areas, whether between separate rooms or the exterior and interior of a location.

Since they’re such a mundane part of everyday life, most of us probably don’t think much about them until something goes wrong. In particular, the differences between residential and commercial doors likely aren’t considered by the majority of us. If anything, the size difference between the two is the only immediately noticeable characteristic. The truth, however, is that they’re completely different kinds of products that both function and are built differently. The following are some of the key differences and why they’re important.

These are the doors we interact with on a day to day basis. Even if you don’t leave your home for a day, you’ll still be walking through doors to different rooms and likely opening and closing at least the closet doors. Besides providing a link between rooms, these doors can also be used to control home ventilation, which can have some surprising benefits. Functionally, they also operate to keep out intruders, and they can be used as noise barriers. In case of a fire, they can play a big role in slowing the spread of smoke, as well.

Residential doors also tend to be designed with aesthetics in mind. They are designed to give a nice impression of a house at first glance. Interior doors are typically made to fit the aesthetics of each room and possibly draw attention to desired areas. 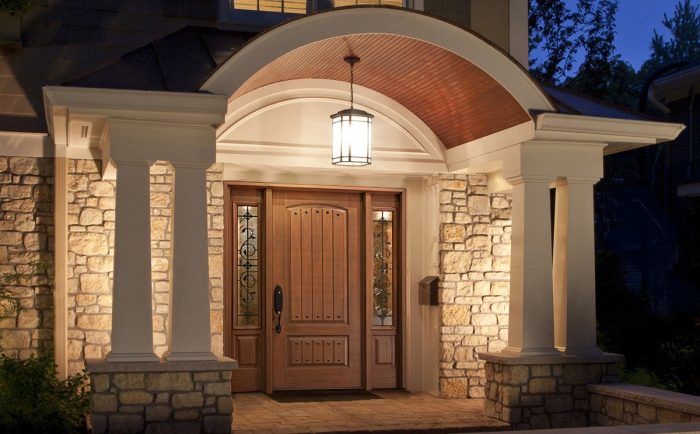 Related:
New House Essentials: 10 Must Have Items for Your New Place

Commercial doors also tend to be much thicker and better insulated compared to residential doors, as most commercial building owners are looking for security and energy efficiency. Aesthetic design generally isn’t considered as important as residential doors, so designs for commercial doors are often fairly limited. A big exception to this is the all glass doors that are typically seen at car dealerships and repair shops. 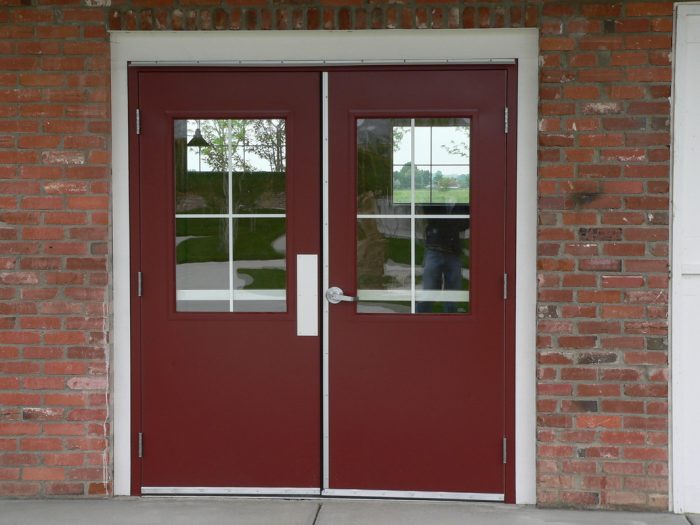 Commercial doors typically have more hardware and accessories involved, as well. For example, sectional steel doors are common for many businesses. Heavier doors like this will require more efficient hardware to be dependable. For example, there are many factors that will come into play for a door’s spring system, like the weight of the door and how often it’s open and closed per day. Aside from sectional steel doors, rolling steel doors are also common in some businesses. These are typically used to separate interior sections of a building like a warehouse.

Cost is going to vary widely between what kind of door is being purchased. In 2018, a standard interior door for a house will cost around $100 at minimum, and an exterior door can easily go up to $2,000. Naturally, materials chosen will be the biggest factor in the cost. Wood tends to be the cheapest material with fiberglass typically running the highest bill.

Conversely, commercial doors are often made of metal and always built to be fire resistant, so they don’t come cheap. In fact, it’s rare to see one under $400, and they often go much higher.

In general, cheaper doors tend to wear down faster and require more maintenance. So whether buying for home or business, spending a little extra initially can be worth it in the long run.

Should I Repair or Replace My Deck?

5 Reasons You Should Use Area Rugs in Your Home

Garage Door Noise Problems – How to Solve Them?

Important Factors to Think About When You Want To Hire Scaffolding

Maintain Your Lawn’s Curb Appeal with These Tips

Amazing furniture made from old cars

Factors to Consider When Choosing Your Type of Bed