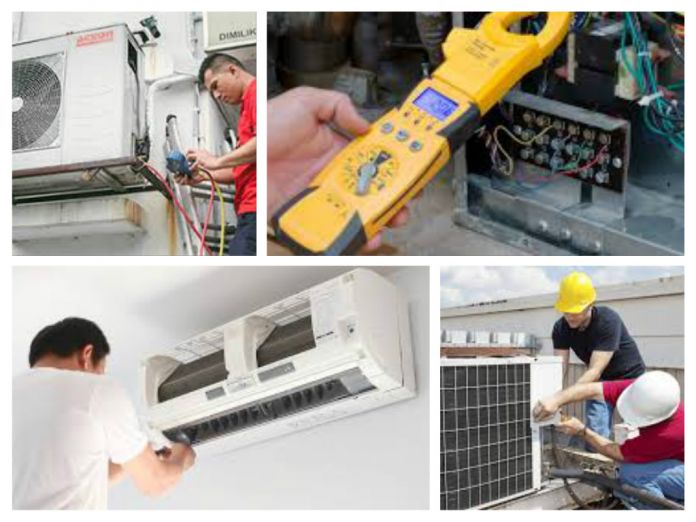 Even if you perform regular maintenance and use your air conditioning system the right way, there are times when you’ll have no choice but to replace it. While having to overhaul your whole system might seem costly, repairs sometimes simply won’t cut it. Cutting corners trying to extend the life of your unit might seem like a solution in the short term, but a badly performing AC will not only be less efficient, it could eventually cost you. Here are a few tell-tale signs that it’s time to replace your air conditioning system.

As a rule, you should always see if you can repair the unit if it’s under 2 years old and usually works well. However, if your system constantly breaks down even after you’ve made repairs, then it’s a clear sign that you should replace it. But there are still chances that your system might still be covered by the warranty if it’s under 5 years old. In most cases, the warranty won’t cover labor, but the repair will usually be cheaper.

If you are lucky enough to have a unit that is still in working order after 10 years, that’s great, but know that the majority of manufacturers don’t design their units to last much more than that. It would be a better option to replace your AC instead of repairing an old unit that you’ll eventually have to replace anyway.

Related:
Why You Should Install Ash Wood Flooring in Your Home

Older models are also much less efficient and buying a more recent unit will allow you to cut on energy costs.

Even if you maintain your system correctly and replace your air filters on a regular basis, older air conditioning systems have issues getting rid of various allergens like mold, dust and pollen. Mildew and mold can affect the air quality in your home and produce unpleasant smells throughout the house. They can also produce various toxins that can exacerbate certain respiratory issues, like asthma for instance. Your system may also be struggling to dehumidify the air in your house, which turns it into fertile ground for mold.

Leaky ductwork can also have a direct influence on the air quality in your house. Damage to insulated ducts could let air out and prevent conditioned air from reaching various rooms or your HVAC system.

Only a professional Tulsa air conditioner expert can perform a thorough inspection to see the condition of your ducts. If only a few ducts are damaged, you can get away with repair, but if the problem is widespread, maybe it’s time to replace the whole system altogether and go for a ductless system.

If you notice any of these signs, then it should be a clear indication that you should replace your air conditioning system. Replacing is often the better choice if you constantly have to make small repairs or your system becomes inefficient and outdated.

How to Organize Your Old Photos This Summer

Three Fundamental Things to Consider Before a Loft Conversion

How You Can Become a Professional Plumber

International Moving Tips No One Will Tell You!