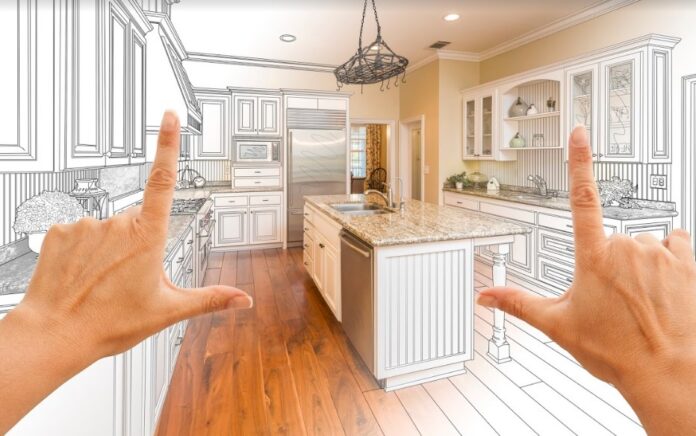 The heart of every home is always the kitchen. It’s where good and delicious food is made, and it is one of the few spots at home where the whole family can sit together and bond to reconnect. The bond happens every mealtime, when parents prepare something for the children. Thus, it’s only fitting to keep the kitchen clean and up-to-date.

It’s easy to make a mess in the kitchen, especially when you’re preparing more than two things at a time. It’s also easy for things to get worn out quickly because of constant use. This is why every few years, people make a habit of remodeling the kitchen to make it look brand new and to improve the equipment.

History of a Kitchen

In ancient times, people used to cook over a fire setup outside the home. They would use sticks and roast an animal until it was cooked. In the 16th century, people discovered chimneys, and it started to become famous in homes. It was only in 1735 when Francois Cuvillies, a French designer, created the first stove known as the Castrol Stove. This was one of the earliest recorded wood-burning kitchen stoves in history.

In the 18th century, Benjamin Franklin paved the way for metal stoves. While it was a very great creation at that time, this stove was only meant for heating and not cooking. Inventors like Philo Stewart continued to innovate stoves until he created a wood-burning cast iron stove. It was much more efficient than the past stoves because the cast iron can hold more heat and would allow the food to be cooked faster.

Later, in 1826, people discovered that gas stoves were much more economical than wood-burning stoves. This came to life when people became more concerned about global warming and the growing increase in temperature. Thus, to become more environmentally aware, James Sharp patented what we now use in our kitchens – the gas stove – until ovens became famous as well. At present, we also have induction stoves that make use of electricity.

How to Perform a Low-Cost Kitchen Renovation

Times are always changing, and every year, a new trend comes into fruition. People, of course, fear missing out on what’s hip and chic. This may be more obvious in style and fashion, but in the home setting, there are also yearly changes and preferences in kitchenware and looks. If you’ve noticed, 2020 bore a new kitchen equipment known to many as the air fryer where you can cook different types of food without the use of oil. The same goes for kitchen designs, but renovating your kitchen is quite costly. Thus, here are some ways to help you save when renovating:

Your Cupboards Are Staying, But the Doors Are Going

It’s nice to change cupboards and cabinets, but removing the whole thing and replacing it with something new costs a lot of money. When you decide to change the whole thing, remember that the only part people will most likely see is the exterior of your cupboard. Likewise, changing the whole thing is such a waste as both will provide you the same service of holding your plates or condiments.

To save up on unnecessary spending, opt to change the cupboard doors instead. These are usually what will look messy over time, especially when the wood or paint gets chipped. You can even improve it with new paint or by adding new trimmings. Also, you can adopt a new style of having open shelves by completely removing the doors.

Paint the Tiles or Wall Instead

Usually, kitchens are covered in tiles, especially the walls near faucets. Over time, they will look completely boring, and you will want a new look for a fresh perspective. Deciding to remove all the tiles installed will be a lot of work, and it will be more expensive. You’ll not only spend for the new tiles, but you’ll also pay for cement, binders, as well as labor. Now is the time to let your creative juices flow.

If you’ve been to the art store or are fond of shopping online, at some point, you’ve probably come across stencils which you can stick onto a surface and paint over. Well, why don’t you get yourself one right now and stick it onto your kitchen wall? Buy some fresh paint and start decorating. While it might be time-consuming, it’s better than spending too much money on things you can simply do yourself. 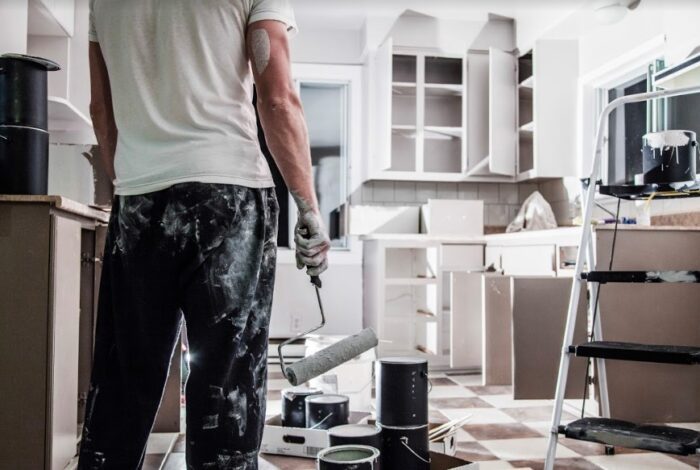 Don’t Replace Your Floors—Paint It!

Just like your wall tiles, you can do the same to your floor. It’s going to look weary after a few years. Instead of breaking your kitchen floor apart, consider painting it with a new color to enhance the overall look and feel of your space. It probably won’t take long if you just get a roller and concentrate on finishing the task. A bucket of paint will cost way less than getting new floorboards.

If You Can, Do It Yourself

Paying someone for a renovation is expensive, especially when experts come in. Aside from materials, you’ll also be paying them an extra fee for their service and labor; however, if you have a lot of time on your hands, revamping your own space might not be too heavy a task. Aside from saving money, you can immediately let your imagination come to life as you do things by yourself. It might take a little more time if you’re no expert, but it will still be worth it as long as you do it right.

Renovation is one of the most exciting things you can do at home. Your space will stay the same, but this time, it will be enhanced enough to lift your mood up right away. Renovations don’t need to be expensive. Thus, be more economical with your decisions and be creative with your actions. You’ll never know how fun something can be unless you try it for yourself. Likewise, you’ll also learn more about renovating the kitchen during the process.

Aquariums as Furniture and Accents Give Homes a Lively Atmosphere

Top 5 gadgets for a smart home

Top 6 Places to See in Ireland

Safety Tips for Your Home Driveway