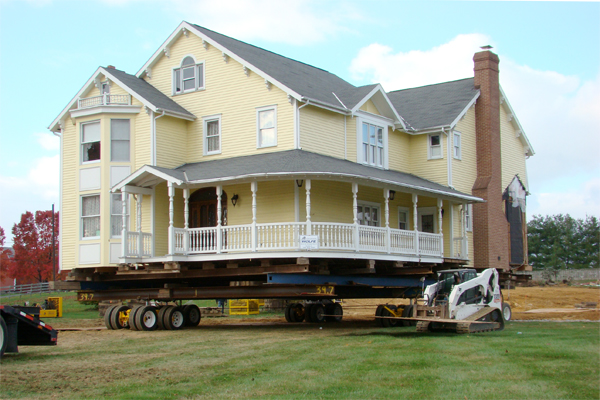 Like quitting your job or changing your relationship status, moving away is probably one of the biggest decisions you will have to make at some point in your life. And like every big life decision, the options presented before you will all have some tradeoffs associated with them. When it comes to moving away, there is a lot at stake. Choosing to leave means losing the familiarity you have of the surrounding town and closing the book of memories you have with the house. Choosing to stay, meanwhile, will let you keep all of that while staying in your relative comfort zone, never really knowing what lies beyond the horizon.

But what a lot of people don’t know is that, while trying to decide whether to move out or not, there is, in fact, a third option. This third option is taking the house with you to your new address, and we will be discussing how this third option works in this article.

Why Move A House?

Now, you might be thinking, “moving home is already difficult enough as it is, what with all of the stuff that has to be transported. What would make moving the entire house to another location a better option?” As it turns out, structural relocation is not as uncommon as it seems. Some contractors in the US perform over 50 house moves in a year, and sometimes between towns. Moving the entire house rather than leaving it behind does come with its own pros and cons, but whether or not they apply to you will vary depending on what you want in your home. We’ve listed a few of these benefits below:

How to Move a House

If you’ve been sold on the idea, you’re going to want to find out how the house is moved out to your new address. As the homeowner, you won’t need to get involved in the project besides filling out a bit of paperwork – much of the job is covered by the movers themselves. the house will first be inspected and assessed to determine its weight and weight balance. The foundation of the house will then be modified, adding a structure of support beams to maintain the house’s structural integrity for the journey ahead. Powerful hydraulic jacks under the support beams will then lift the house up off the ground, after which a wheeled dolly will be placed under the house to be attached to a truck.

Besides the actual lifting and moving of the house, structural relocation contractors also go through a lot of paperwork to make sure the move is organised and free of emergencies. The contractors will work with local utility companies and city officials to clear the route of traffic, electrical lines, and trees as the house goes along on its way. In fact, there can be as much as 50 people accompanying the truck, resulting in what looks like a slow parade. Once the house has reached its destination, the dolly is set into place, the house lifted up to remove the dolly, and finally lowered down to its new resting place.

Related:
What To Do If The Roof Of The House Leaks?

Moving out of the home you love is a difficult decision to make. Hopefully this article has given you a little insight into the little-known third option – who knows, it just might be the option for you.

Perk Up Your Rooms with Flower Arrangements

What Happens if my Neighbor Builds Over the Property Line?

Condo vs Apartment: What’s the Difference?