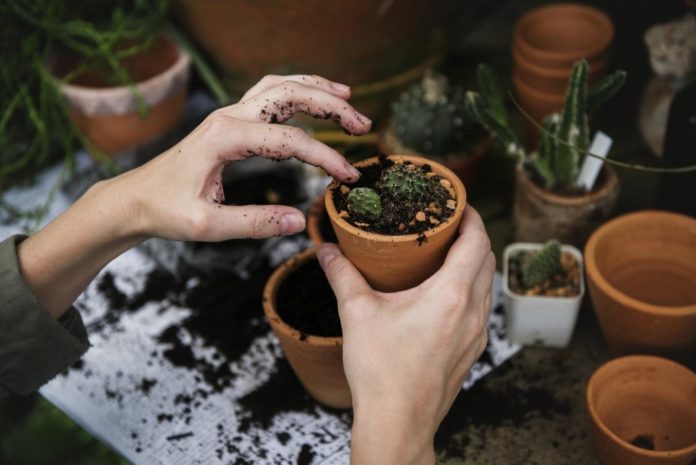 British television presenter Monty Don has plenty of advice home gardeners can learn from. Here are some of the biggest ways he is inspiring to all gardeners. If you live in the U.K. and you love your garden, you’ve heard of Monty Don. He’s an experienced, well-known TV horticulturist, though he calls himself an “amateur gardener.”

The latest studies show Americans love their gardens too. They spent a record-breaking $47.8 billion dollars on lawn and garden care in 2017. Monty Don has lots of advice for home gardeners everywhere. Read on for 8 ways he’s inspiring gardeners around the world.

Monty Don was born in 1955 in Germany. His full given name is Montagu Denis Wyatt Don. His father was an army officer. Monty was the youngest with four older siblings. He spent his youth in Hampshire. He’s had many struggles along the way. But today, Monty Don inspires gardeners and others worldwide. Why?

His Garden Is Amazing on TV and in Real Life

Monty Don practices what he preaches. His own garden is a testament to his knowledge and effort. The BBC’s show, Gardeners’ World, is filmed from his garden in Herefordshire. The garden is called Longmeadow. Here you’ll find plants both inside and outside the home he shares with his wife.

Gardeners’ World is a long-running BBC show. The show’s first episode aired in 1968. It’s still on today. Don Monty joined the show as a presenter from 2003 to 2008. He took a break from the show after suffering a minor stroke and returned in 2011.

He Encourages Fresh and Organic Food

In Monty’s perfect world, everyone would value organic gardening. He was the president of the Soil Association for many years. The Soil Association is a charity in the United Kingdom and is the UK’s largest organic certification body.

Monty himself is committed to organic gardening. He’d love to see the Soil Association become a mass movement.Why? Because it keeps big agribusiness more honest.

He Has a Strong Work Ethic

Some might say his work ethic is too strong! Working a 16-hour day is not unusual for Monty Don. He’s a gardener, writer, and TV presenter. And he admits he’s a workaholic. But a strong work ethic gets people ahead, and it’s worked well for Monty Don.

Monty Don doesn’t sell his own plants. But he encourages people to get their hands dirty in the soil. Even if you’re not ready for a full garden, try a few indoor plants. You can find plants for sale here. Start with one or two and work your way up!

One of Monty Don’s most inspiring traits is his perseverance. He’s no stranger to setbacks. in his own words, school was a disaster. At the age of 15, Malvern College threw him out. He found his way to Cambridge despite his tutor’s predictions of the opposite. He met his wife Sarah while there. They later eloped.

Monty suffers from depression and Seasonal Affective Disorder (SAD). He uses a lightbox that mimics the sun. His autobiography mentions his use of cognitive therapy and Prozac as well. He doesn’t let depression stop him from hard work.

Mr Don also suffers from bad knees which makes gardening tough. But that doesn’t stop him either. To top it off, he had a minor stroke in 2008. Again, he went back to work when he felt better.

In the 80s, Monty and Sarah ran a jewellery business. They had glamourous clients in the form of Michael Jackson and Boy George. Even Princess Diana bought from them. But the business faltered amidst the economic crisis in 1987. It eventually folded.

Monty was obsessive about working in his garden even as they sank into debt. The end of their jewellery business saw him embarking on a career in writing and broadcasting.

What drives Monty Don? Injustice. He hates seeing people bullied or pushed around. He was raised a Christian by a lay-preacher father and churchwarden mother.

He currently claims his religion is pantheistic, and Christian mysticism and Buddhism hold an attraction for him. Regardless of his faith, he’s inspirational in his causes as well.

His Attention to Good Causes

Do you want to help others? Take inspiration from Monty Don. He’s involved in several great causes. He’s the vice-president of Farms for City Children. The program connects city children to one of three working farms in the country. These kids have limited opportunities for exploration outside their environment.

About 3,200 kids and 400 teachers participate and learn each year. Mr Don is also a wildlife champion and is Patron of Herefordshire Wildlife Trust. The Trust partners with other trusts throughout the UK creating havens for wildlife.

He’s also a Patron of Pope’s Grotto Preservation Trust and Bees for Development. The former preserves Alexander Pope’s 1720 villa. The latter helps with sustainable beekeeping as a means out of poverty. Bees are also vital for biodiversity. And teaching sustainable beekeeping helps keep the bee population thriving.

He’s a Writer Too

From 1994 to 2006, Monty Don wrote a gardening column for the Observer. To date, he’s written 21 books! He thinks of himself as a writer who gardens. His first book was The Prickotty Bush in 1990. His most recent book in 2019 is Japanese Gardens: A Journey.  Most of his books are about gardening but there are others as well, including a couple of cookbooks.

If you’re in need of some inspiration in your life, take a look at Monty Don. As a kid, he was kicked out of school. But he didn’t let that stop him. He’s a champion of many causes, including organic farming. He helps people all over the world through Bees for Development. He’s a prolific writer, gardener, and broadcaster. Despite bad knees and a stroke, Monty still gardens and writes. Nothing stops him from working.

Looking for a better work ethic? Take your cue from Monty Don. It’s not only gardeners who find him inspirational. His gardening show inspires millions of amateur gardeners and non-gardeners alike. Looking for other interesting and inspirational articles? Keep looking through our website!

Replacing flooring in your home

Easy Ways for Millennials to Build the Home of Their Dreams

Ideas to Spruce Up Your Living Room