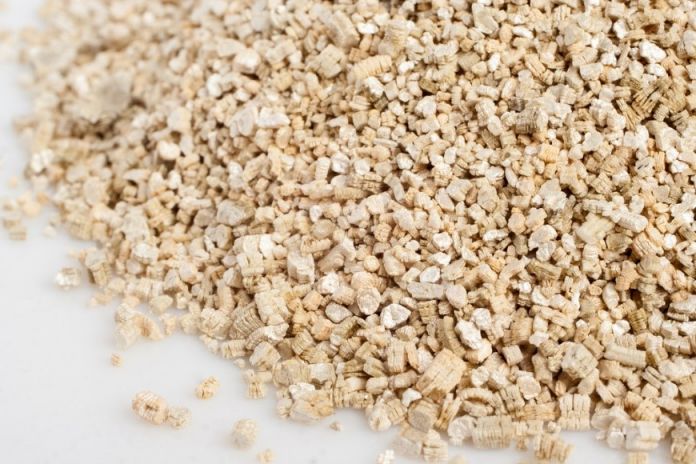 If you are a health-conscious and nature-loving person, you might be worried about the prospects of using vermiculite for gardening. Although it’s a great aeration tool and completely natural, recent news stories about potential risks to your health might have scared you off. Vermiculite is a mined mineral with a lightweight, puffy feel that provides excellent drainage for your soil.

Although it’s been abundant and inexpensive in the past, due to problems found at one mine and subsequent health scares, vermiculite is now harder to get, and many gardeners and farming professionals like Kuhns MFG, are wondering if it is safe or even worth it to seek it out.

There are many benefits to using vermiculite for your gardening needs. It is an odorless mineral that is fireproof and helps to make the soil better for growing plants. The many advantages include:

Related:
Clean Eating All Autumn When You Plant A Fall Garden

That is why most pre-mixed potting soils already have vermiculite in them. Sometimes if you invest in pre-made soil, you don’t have to seek it out. If you aren’t sure whether you need to add it on your own, simply check the ingredients list. You can purchase it outside of pre-mixed potting soil; just follow the directions to add it.

So what is the controversy?

The problem with vermiculite is that there have been instances where trace amounts of asbestos have been found in its packaging. Before you stay away from it out of fear, however, there are some facts that you should consider.

Most of the contaminated vermiculite came from one mine in Libby, Montana. Unfortunately, that mine was the major supplier of the compound throughout most of the twentieth century. During the late 1990s, the mine was shut down when it was discovered that the products coming from it had been contaminated with asbestos. During the height of the asbestos discovery, many landscapers and gardeners became afraid to use the compound going forward.

Once the Libby mine was closed, however, it was difficult to find vermiculite anywhere because they were the major producer. Even for those gardeners who found benefit and understood that it was nothing inherent in the vermiculite itself, just getting their hands on it became difficult. The good news is that many other producers around the globe are beginning to increase the supply and produce natural vermiculite again, which is enhancing gardening in the US and around the globe.

If you are concerned about using any products with vermiculite that you already have or may be buying in the future, the best way to protect yourself is to trace its origins. If it isn’t from the Libby mine, then there is very little risk that it is contaminated with asbestos. If you have any left that you aren’t sure about, watering it down and wearing a mask will protect you, or you can always just discard it and buy new.

Although the presence of asbestos was a scary find in the 1990s, vermiculite is a safe and organic mineral that provides many benefits for gardeners. Just make sure to read the packaging and follow the instructions, to have the garden of your dreams without any risks to your health.

Do You Really Need to Strip Your Sheets?

Biophilic Design: A Marriage of Functional Design and Nature

Is It Cheaper to Run a Window Air Conditioner or Central...

Top 10 Places to See in Munich